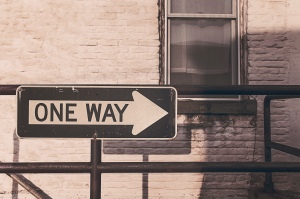 Okay, Aamir says, and I try to roll my eyes but my happiness betrays me. In an attempt to hide the effect of his friendship I tilt my smile to the sky. The stars are faded and broken, hidden above a veil of smog and dust blown in from one desert or the other.

World peace, he sings quietly, and I sip my iced coffee. It’s three AM and the hazelnut is putting me to sleep. My phone buzzes on the top of the wooden table, but I ignore it. We never check our phones. We check our phones when we’re with everyone else, but never here. Never us.

Cam immediately gives his answer for everything. Music.

Aamir’s eye-roll has no smile attached like mine did. Music doesn’t fix shit, he scowls. If anything, it causes more controversy.

Maybe the shit music you listen to, Cam mutters, and Damon starts laughing. He has these blue eyes you want to swim in, and he’s always laughing.

I nearly fall out of my chair, and I can feel the smirk on his face like a warm breeze. We’ve had this conversation so many times. Mandatory trope rations for the whole world on a daily and there wouldn’t be another argument for as long as we all lived.

I shake my head gently at Aamir and look directly in the eyes of one of the few people that really knows who the fuck I am. D took my answer, I say as way of explanation for my refusal to play his game.

My eyes shift to the tables laid out in a crescent in front of us, bustling with drunk conversations that are more intellectual than they are drunk, which is always the case around here.

Talking, I say eventually, as if inspired by my own aura.

This coffee is so good.

People talk too fucking much. I lean back in the wooden chair. Our brains–specifically the brains of my people–move at this unattainable rate that our mouths try to beat in this eternal life-race fueled by the irrational belief of winning. We want people to hear us. It’s social media; it’s writing; it’s calling to complain about your electric bill. Well, guess what? The bitch on the phone doesn’t give a fuck. Your commentary on the people screwing you over is just a reflection of your self-deprecating soul. All we ever do is talk about ourselves, even if we are talking about someone else, and if we only care about ourselves, then why do we give a fuck about what anyone else has to say?

Aamir’s black eyes sparkle under the dim light above our heads.

Quite the contrary, Cam pipes in. We want to hear everything you have to say.

You want to hear the voiced thoughts of the person who is telling you to stop talking? Why?

Because you never do.

And you wonder why.