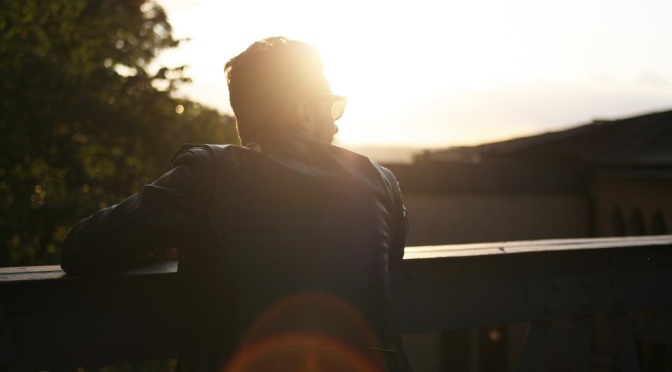 Guys do not cry, do not feel like they are going insane. They provide stability in any situation, a solution to all problems. So I was taught. Drilled into me was the John Wayne, Clint Eastwood type of man. But that really wasn’t me.

But I learned to act at a young age. You could say I began my career in theater at church: no matter how I felt at home, or even if my family had an argument Sunday morning, you put on your best clothes, go to Sunday School, and spit back all the right answers with a smile painted on your face.

My grandfather was a Baptist minister. My mom was a Christian school teacher, and a single mom in an era when that was a huge stigma. So she had to blame my dad, and in some ways rightfully so. Because that is how the fundamental Christians who hired and supported her and her two young sons could justify her divorce. We were expected to act like staff kids, good little Christians, headed for future ministry regardless of what we believed.

I developed dual personalities. The one I showed everyone at church and Christian school, and the real me; the boy curious about his dad, not angry at him, who wanted to write stories. Not sermons or parables, but the really scary stuff, things that would keep the reader up at night, and reveal the dark side of me. I felt I had to act, had to keep that “sinful” side of me hidden.

I had to be strong for mom, and after that, my first wife, who came from a horrible family situation. I couldn’t be weak or show any cracks in my armor, for I was the man of the house. The man never gets scared, never needs comfort, and sacrifices his needs for the rest of the family. That’s what we were supposed to do.

So I acted like writing was a hobby, a thing on the side I could take or leave. Like it didn’t matter all that much to me. But it did, and not writing was killing me. So I buried it, until I couldn’t any more. Exploded, got a divorce, in part because keeping my mind busy was more important than my family, really than anything. Because it kept me sane, but I couldn’t say that.

Got remarried. Almost didn’t, but followed through for a number of reasons. We split up once, my fault, because of un-channeled creativity, and got back together. Because guys are strong. We make things right, or try, even if they aren’t.

Finally, I decided to embrace who I was. As a result, I’m headed for divorce again. I finally decided I need to take care of myself or I wouldn’t be able to care for others. It made some people mad. I appeared selfish and pig headed. Maybe I am.

Because I am a guy. I’m not supposed to have needs, to break down and need someone to be there for me. I’m supposed to be the one who’s strong, but I’m not. I am weak and broken. Insanity is close, so close I can reach out and touch it. I can feel it caressing the skin of my cheek, beckoning me over the edge. One thing keeps me away.

Writing. Working. Creative action. And friends who get that, and let me be me. I’m a guy. I’m strong. But sometimes I’m not, and I need support, a shoulder to cry on without judgment.

It’s difficult. Someone help me. Please. 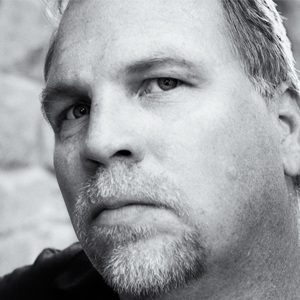 Author Troy Lambert, recently nominated for the Idaho Statesman’s “Best of Treasure Valley” publication as an “Author of the Year”, and now an active member of the International Thriller Writers Organization just released the third and final book in the Samuel Elijah Johnson Series, titled Confession.

Passionate about writing dark, psychological thrillers, his work includes Broken Bones, a collection of his short stories, Redemption, the first in the Samuel Elijah Johnson Series, Temptation, the sequel to Redemption, along with the horror Satanarium, co-authored with Poppet, an author from South Africa and published by Wild Wolf Publishing.

Mr. Lambert began his writing life at a young age, penning the as yet unpublished George and the Giant Castle at age six. He grew up in southern Idaho, and after many adventures including a short stint in the US Army and a diverse education, Troy returned to Boise, Idaho where he works as a freelance writer, analyst, and editor.

Troy lives with his wife of twelve years, two of his five children and two very talented dogs. He enjoys the outdoors as an active skier, cyclist, hiker, angler, hunter, and a terrible beginning golfer.