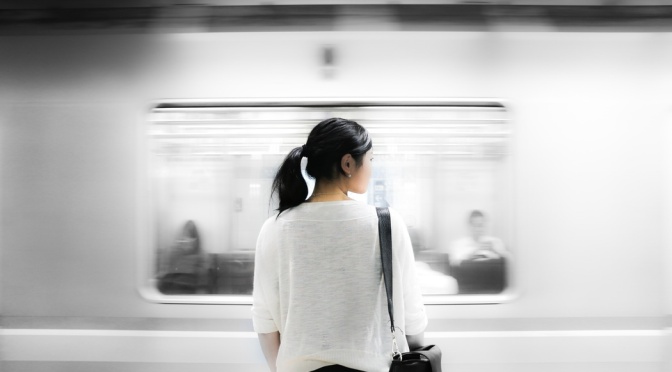 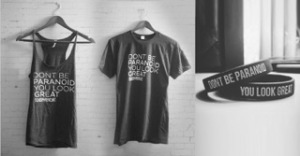 It is my pleasure and honor to introduce to you Michelle Hammer, the CEO and founder of Schizophrenic NYC, a clothing line for the mental health community. I fell in love with this shirt that I came across when scrolling in my favorite place – Instagram – and when dealing with Sarah, remembered that Michelle had written for Stigma Fighters. I was eager to interview Michelle, to learn what led her to launch this advocacy and speak with the person behind this amazing cause. It turns out that Michelle was diagnosed with schizophrenia when she was 22 years old. Five years has passed, and she is doing something important to support people like me. She is an amazing woman who I would love for you to get to know.

Walking down the New York city streets it’s not hard to see someone homeless. Also, it’s apparent that most NYC homeless people have a mental illness.  Sometimes they are yelling or signaling towards people who are imaginary.  Their body might be present, but their mind is somewhere else.  This upsets me.  Why? Because I have schizophrenia and I’m not homeless.  Fortunately I am lucky enough to have support that makes it possible for me to live a “normal” life. Without the help of my family and friends I could easily be homeless.  So I decided I wanted to give back.  I wanted to start a company that could start a conversation about mental illness as well as help out with the NYC homeless population.  This is why I started Schizophrenic.NYC.  Schizophrenic.NYC is a clothing line that makes people talk about mental health.  When a person with schizophrenia looks at a plain rorschach test, they see it from a different perspective.  By redesigning the test with new patterns and colors, now everyone is forced to look at it from a different perspective.  It starts a discussion that most people never had before.  We take a portion of the profits and donate to charities in NYC that help out with the mentally ill population.  Social change in NYC. It’s happening. 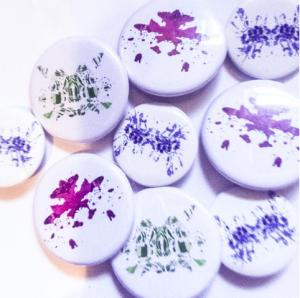 My battle with schizophrenia started a very long time ago.  I believe I have had schizophrenia since high school.  I lacked confidence because I was always paranoid that I never did anything right. I thought people were out to get me, and refused any help from people who cared about me because I believed their true intentions were to hurt me.  It wasn’t until college when I realized that people weren’t actually trying to hurt me. I just thought they were trying to hurt me.  Realizing this was a pivotal moment in my life.  I finally admitted to myself that something was wrong.  The first thing I did was go to the free counseling center at my school, SUNY Oneonta.  I went to one session and they quickly diagnosed me as bipolar.  I wasn’t sure if that was the right diagnosis but I was desperate.  I got put on medicine but I didn’t like how it made me feel. I was never told that anti-depressants could have adverse effects that can make you more depressed.  I didn’t like how they were making me feel and after a while I stopped taking them.  Things weren’t easy but I thought I could handle it. I was wrong. I was sent by my school to the hospital for dangerous behavior.  After this, I found a new doctor who put me on better medicine.  I had to take this new medication three times a day which was difficult, but I was fortunate enough to have my college Lacrosse coach helping me. She kept me on track and made sure I took care of myself which included taking my meds.  Without her help, on and off the field, I don’t think I would have been able to graduate college. 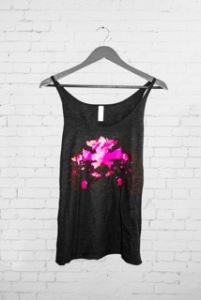 After college I was no longer in the same town as my doctor and I went off medication again. I thought I could handle it. Once again, I was wrong.  I was struggling a lot because of paranoid thoughts in head. I told my mom that I needed to see a doctor and thankfully she helped me find a great doctor in Manhattan. He finally gave me the right diagnosis of schizophrenia when I was 22 (I’m now 27).  Getting the right diagnosis was a lifesaver.  He put on medication that makes me feel great.  I finally feel like a “normal” person.  I have confidence that I never had before, and I don’t feel paranoid!  I see my doctor once a week, and it’s really going well for me.  I have a lot to be thankful for these days. I’m happiest I’ve ever been, and I want to tell the world that it can get better, and there should be no stigma or shame about mental illness.  It was a long journey for me, but I am glad that I am where I am now.