When my first child was born, I was frantic with worry over all the terrible things in the world that might go wrong. I brought her home and stayed up nights, staring at this tiny, helpless being in the bassinet, keeping myself on guard for fear she might stop breathing or start choking or fall prey to some sort of Boogeyman in our home.

In an effort to keep my anxieties on some manageable level, I started taking the baby for walks through our neighborhood. The sunshine would be good for us, I reasoned (not too much sun, should I slather her in sun block? But she’s so small! The chemicals… perhaps a blanket over the stroller would be better protection) and the fresh air would surely help to calm my frantic mind. Each morning, I carefully packed a diaper bag chock full of remedies for any potentially terrible situation (extra diapers, baby Tylenol, gas drops, spare baby clothes) to see us through our one to two mile walks.

My imagination was big, my worries even bigger. It’s a strange combination of helplessness and empowerment, when the realization hits that you are responsible for another person’s life. My desire to keep her safe was constantly foremost in my mind, and though worries about possible disasters ran an endless loop inside my brain, there came a day when I realized that despite my utmost efforts, I could not actually protect her from every single bad thing. Around and around our subdivision circle we went, my hands clutched onto the stroller handle, my mind fighting against the reality.

I struggled with this knowledge. I hated it. But I knew it was the truth.

What could I do? I just kept walking.

When my daughter was about six years old, I took the training wheels off her pink and purple bike. I didn’t want to do it. I wasn’t certain she was capable of keeping the bicycle upright all on her own, and what if she fell? Broke her leg? Rode so far away from me I couldn’t keep up?

For the longest time, when she wanted to take her two-wheeler out on the street, I walked alongside her as she pedaled. I watched my little pigtailed girl as she pumped along, strong legs pushing her bike ever forward and I worried.

I worried she might get hurt; I worried that her shyness would impact her success in school; I worried about too much sugar in her diet. I worried about her being bullied. She was so small and shy and quiet, it seemed ridiculous to even be sending her to school.

I could not stop myself from worrying.

I could not stop her from growing up and learning to ride a two-wheeler.

I could not stop the unbelievably fast passage of time, that fraction of a second it took for her to go from a helpless, six pound baby in a bassinet to this precocious six-year-old fearlessly riding a bike down our street.

I could not stop the future from coming at us full speed.

But I could walk beside her while she learned to handle it on her own.

My daughter is twenty and in college now. Since the weather has gotten nicer this spring, we’ve been taking long walks together in the evenings. This is good, I thought. The sunshine and fresh air would be good for us. As we were walking last night through a local trail that loops around a lake, she told me how these long walks were making her feel stronger.

“Good,” I said. “It’s good to be strong. Take care of our bodies.” I smiled. These walks, these talks, they are precious to me.

“Soon, I want to start jogging. I need to get faster,” she told me. On her face was the same look of fierce determination that she used to wear as she learned to ride her bike on her own.

“Faster?” I was amused for a second. She’s never been an athletic girl, much more prone to spending summers reading books than running marathons.

“It’s so far from the parking lot at school to the buildings. I’m afraid if a guy tries to attack me, I won’t get away. I have to get faster.”

I don’t know how to make it stop. 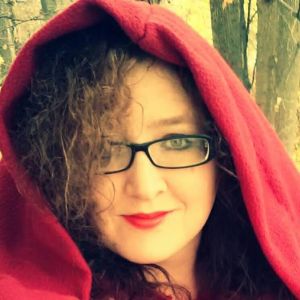 Valarie Kinney is a writer, fiber artist and Renaissance Festival junkie with a wicked caffeine addiction. She resides in Michigan with her husband, four children, and two insane little dogs. She is the author of Heckled, Slither and Just Hold On, as well as the short stories Copper and Ailith in the KAPOW! anthologies by 7DS Books. Narrator for Dragons of Faith.

3 thoughts on “Worries and Walking”