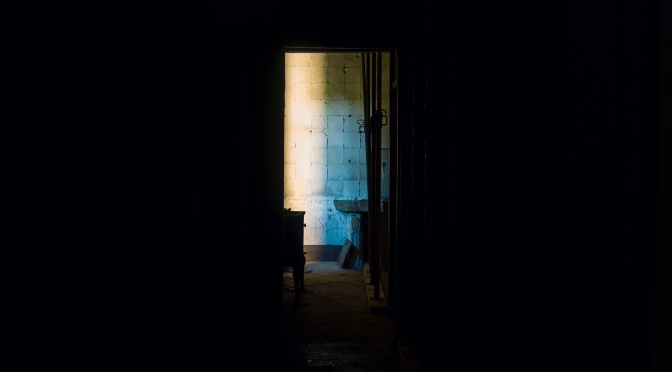 EDITOR’S NOTE: Discretion is advised. Following is a story about self-harm and suicide.

This piece originally published on Across the Margin.

My therapist had introduced me to another of her clients: a woman in her mid-40s with a history of self-harm. She had a kind of loose-skinned thinness brought about not by her age but by the incessant tanning she hoped would camouflage her scars. Her natural teeth had clearly been replaced by dentures, giving her a look that lay in a place between her actual age and twenty years older.

We would meet at her cottage and walk along Cerridwen Island’s main beach. Or we would drive around in her sea-foam green Pontiac smoking Marlboro Reds and tipping ash into a faded Sprite can in the peeling rubber of her car’s center cup holder.

We had in common that love, both familial and romantic, had eluded us our entire lives, which unavoidably produced a palpable tension between us with only the most tenuous boundary preventing our falling into a more thoroughly unhealthy way of relating to one another.

I received a call on a muggy twilight from the therapist my new friend and I had in common, calmly explaining that she had recently landed on a return flight from Jamaica, and my friend had called to say she was not doing well. When I was asked to go check on her, I knew intuitively that things had gone sideways. But I pushed the absurd inappropriateness of our relationship back into my subconscious and climbed into my truck.

When I arrived at the cottage, the front door was open, and I could see through the latticed mesh of the screen door that a small-framed person was huddled on a cheap, white dining room chair wearing a black windbreaker made vaguely gray by time and salt-filled air and a black baseball cap, new by comparison but its bill had been bent down over the figure’s face.

I pulled the hollow metal screen door open with a strained squeak to discover the black mass was my friend sobbing. The sudden quickness with which she became aware of my arrival and bound toward me coalesced with the immediate sticky crimson of blood dripping down her face and smeared across her chest in the half-unzipped windbreaker to create a macabre tableau with the mood of a painting by Francis Bacon. It was only shock that allowed me to stay rooted in place, and I was able to compose myself enough to exhale a plaintive, “What did you do?!”

Over and over she apologized through an influx of fresh tears. She showed me the pale yellow mini wine bottles heaped at the top of her nearly full trashcan. There were evident lacerations across her chest and forehead—some in a purposeful x-shaped pattern, many more randomly opened. A few cuts fanned out over her forearms. Unlike the others, these had been sealed with superglue, leading me to believe they had been created earlier in the day.
“Give it to me.”

I do not know how I could be so authoritative in such a surreal, grotesque situation. I can only credit the flood of adrenaline with my urgent demands.

She pulled a razor blade, a simple safety blade only slightly red-tinged with blood, from the pocket of her windbreaker and handed it to me.

“I can’t let you go in there. If you’re hiding another razor blade and hurt yourself while I’m standing out here, you don’t know what that would do to me.”

She agreed to leave the door open, and I watched a grown woman I had known a matter of weeks sit and urinate—from my peripheral vision but with the measured attention of a person terrified that looking away might invoke a much darker view.

I called our therapist.

“Okay. Thank you for checking on her. You should go home now.”

“No! I’m not going anywhere. I’m not leaving her alone!”

The therapist arrived only a moment before the three-ring circus: two cop cars, a fire rescue truck, and an ambulance for one faded, broken woman.

As I stood on the porch watching the therapist leaning over my friend, who sat in a metal chair of flecked, spray-painted blue, I began to feel shame. My friend had tried to embrace me; she needed that reassurance of her humanity, and I denied her that one gesture—keeping her at arm’s length. Merely looking at her, I could feel and smell the now gelatinous blood liquefy again as it seeped through the fibers of my sky-blue t-shirt, turning it a rusty-edged magenta and irrevocably adhering its immutable color to my skin. In that moment, I was my most selfish.

To add to the spectacle, a friend of the therapist showed up in an oversized gray SUV, the hallmark of the white bourgeoisie on the island, and finally waking from unadulterated instinct, I walked across the street and sat in its passenger seat. That is where the cop found me.

He was absurdly short and squat. His head only reached the top of my shoulder—and I am a scant 5’7” tall. I was handed an unremarkable clipboard with a form affixed to its surface and sternly admonished to fill out a report. I presently developed the feeling that I had done something obscene—committed an illicit act—myself. I wrote out the night’s narrative with gruesome accuracy and filled out my personal information in minute detail before climbing down from the gray object d’upper-class and climbing up into my own modest dirty white pickup truck to the soundtrack of my friend wailing that she did not want to go and relatively sedate argumentation from the therapist that she must.

A couple of days later, I met my friend on her porch. She had spent a single night in a bed at a local hospital and been let go the next morning. The reason for her quick departure was possibly more depressing than the events of her self-mutilation: hospitals only have enough beds for those in immediate danger of killing themselves.

Aside from small butterfly-style bandages, I could see more of her wounds had been self-sealed by superglue. She was back to being her own cheery but desperate, disconnected person. However, something had shaken loose in me. I felt like I had helped her in a small way. But our friendship fizzled out in that moment. I have no idea how many fearful nights with a thin blade she has since endured.

I do not regret showing up that night. I have thought that my being there could have curtailed the damage, if only for those few hours. Whether or not that is true, I know that self-harm is not a ploy for attention: it is the physical manifestation of a mental pain most people do not know exists or refuse to acknowledge. I would try to help again, next time more selflessly, though the trauma of that moment will always be with me. 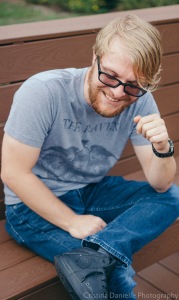 Darick Taylor is a mental-health advocate and survivor. He studies Converged Communications at Florida State College at Jacksonville, and he hopes to use his growing skills in media production to combat stigma and support all people who experience mental illness.

2 thoughts on “An Image of Self-Violence”