How many of us have dreamed to become the next Miss Universe when were little? The big, long, perfect hair, the white smiles, the impeccable body, the dazzling fashion, and the goal of wearing a crown affirming you are royalty. In a country like Honduras, dreams like this are almost impossible to achieve. It was my dream to become a musician, but the cold face of poverty and violence in my country of birth hit me so hard, it meant the only way to come to terms with these lofty goals was to leave and come to the United States.

For Maria Jose Alvarado, this dream became a nightmare.

There weren’t any smiles on the day of Maria’s unfortunate and brutal demise. When I first heard rumors that Maria had disappeared, my worst fears were confirmed. Her perfect body was dumped undignified on a river bank near her home in Santa Barbara, Honduras. Maria’s beautiful body and dreams were pulverized in the dark – away from the dazzling limelight, the praises, and the crown she deserved.

Maria Jose became a hero in her own right when she selflessly threw herself on top of her sister, Sofia, only 23 years old, as she tried to defend her from Sofia’s boyfriend, Plutarco Antonio Ruiz, who shot both sisters in a jealous rage without any regrets.

Maria’s body, wrapped in brown plastic, was loaded into the back of a soiled pickup truck. How could a beautiful young woman, like Maria, meet such a tragic end? On the threshold of life, she had been scheduled to compete at Miss World 2014 in December of that year. Although described as timid, Maria began competing in pageants at an early age. Born into a middle-class family in Honduras, Maria was more than the average girl next door. She worked hard to maintain her modeling career without leaving her studies behind. A sensible, bright girl who protected her elder sister until the very end.

In a country where corruption is rampant, it’s important to understand the tragedy behind these sisters’ murders. Maria’s mother, Maria Munos, has said her daughters’ killings gained notoriety due to the fact of Maria’s status as Miss Honduras.

Honduras holds the highest murder rate in the world with 84 homicides per 100,00 people. The gang presence is well established in the country. Honduras is also an important drug route to the U.S. Women and girls in the barrios live in constant fear of sexual attack and a violent death. Anyone can murder a woman in Honduras with cruel impunity. This is the fear of Mrs. Munoz, who believes her daughters’ killer will not receive the justice he deserves.

The murder of the Alvarado sisters represents a far bigger problem that is showing no signs of slowing down. Ninety percent of murders taking place in Honduras – even those affecting US Citizens – are never investigated, let alone ever solved. There are social and political problems that have been affecting Honduras for years: poverty, a coup d’etat, companies leaving the country, and no work. This is a country where women are murdered for $60.

What drove Plutarco Ruiz to kill both sisters? Jealousy. On that dreadful night, both sisters attended a birthday party. Maria Jose was eager to go back to Tegucigalpa. She needed to get ready and meet her sponsors before flying off to London for the Miss Universe pageant. She was beyond excited at this great opportunity for a young girl to represent her country in one of the most illustrious pageants in the world. Maria had told her mother her trip to London was also an opportunity to meet her brother for the first time, who was rumored to live in Germany. Maria Jose hesitantly agreed to accompany her sister to the party on that fateful evening. Little did she know that all of the frivolity and fanfare would soon be left as a memory to all those adoring friends, family, and admirers she left behind. That night at the party, Sofia’s boyfriend became enraged after seeing his girlfriend dancing with another man. The couple argued outside for a few minutes until Plutarco, without any hesitation, shot both sisters in cold blood. Their bodies were discovered six days later.

No mother should ever bury her daughters this way. No woman should feel threatened to speak for herself and follow her dreams. Every thirteen hours a woman is murdered in Honduras. What answers and hope can we give these women who have nowhere to turn? In my own experience knowing these stories first hand, I understand why many women flee the country and become part of a wave of undocumented immigrants. Since the Honduran government makes little effort to provide shelter and protection, these women can’t fight for their human rights like you and I do in the United States.

The idea that many of these crimes go unpunished is astonishing. Is this an issue about corruption or a moral value that has been buried because of the force of “machismo” or sexism that prevails especially among Hispanic men? You may argue this statement is too generalized. But when one I see a mother crying desperately for her daughters, it evokes memories of my own family in Honduras who are all living in extreme poverty, and all of the young girls pursuing a modeling career just to end up as prostitutes due to the lack of work and fear of getting killed. These are women whose lives are constantly threatened by men. Authorities even lay the blame on the women for their own deaths without even investigating. Women are “victims of a violent society and culture,” says Gilda Rivera, a member of the Center for Women’s Rights. “In Honduras, violence prevails.”

This travesty is what destroyed Maria Jose Alarado’s dream. This travesty is what is killing the hopes of many women in Honduras. To think that women are born into this and cannot escape is beyond tragedy. It is a cursed life in a hell hole where no matter what they do, they cannot be safe. 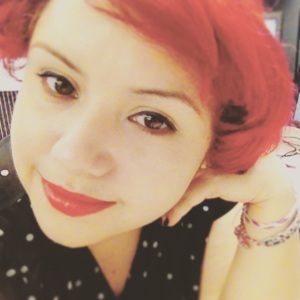 Stephanie is a highly caffeinated mother of two wonderful boys. She is hopelessly addicted to non-fiction books and literature that moves her to tears. She is an admissions adviser for George Washington University online where she assists homeschooled students internationally. Stephanie lives with Bipolar Disorder, PTSD, and Generalized Anxiety Disorder. She is a passionate mental health advocate, a member of Stigma Fighters. Her writing has been featured on The Elephant Journal, The Mighty, The Organic Coffee Haphazardly and Feminine Collective. – See more at: http://femininecollective.com/roller-coaster-ride-office-romance/#sthash.vNEIMeAn.dpuf